The IoT4Win project will train and develop 3 Early Stage Researchers with individual research projects. The researchers are from different parts of the world working across to complete the research programme for 3 years. For more click here 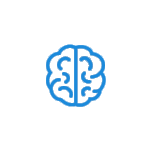 The project aims to address the challenges on IoT for smart water by implementing a multidisciplinary expertise of European research group, industry partners and user organisations to offer transferable skills and training programmes on ICT, data science and water engineering. For more click here 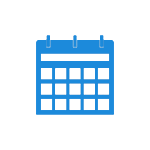 During the three years of our project, we plan to host different events that can faciliate more and specialised research training for our 3 ESRS. The information regarding the upcoming events will be updated soon. For more click here

IOT4win at a Glance
IoT4Win-Internet of Things for Smart Water Innovative is a Horizon2020 Marie Sklodowska-Curie Action- Innovative Training Networks (ITN) 2017, European Industrial doctorate project and aims to develop the sustainability, security and resilience of water supply and distribution system in the face of climate change. The research addresses on the challenges, which demands increasingly intelligent approaches to the management and transport of finite water resources and future
smart water networks. It creates a currently unmet demand for highly skilled and multi-disciplinary engineers and scientists who apply advanced sensors; ICT, the Internet of Things (IoT) to enable smarter water networks in an increasingly complex regulated environment. Birmingham City University (BCU) coordinates and woks along with project partners in the consortium, including ICT / IoT Technology Company from Greece and Romania, water Innovation Company from Spain and a utility in UK. Read the news letter from here: https://www.iot4win.org.uk/?page_id=231